Yes, I realise I haven’t posted in a long time and when I did it was not incredibly interesting to say the least. Well, anyway, for those of you that might see this, I wrote two new poems over the past two days. Both are a bit gloomy and if I’m honest, I’m not really happy with either of them. But the internet has taught that it is always better to get some second opinions and criticism.

I drown again
in the whirlpool of life,
floundering helplessly
and unable to stop.

Fuelled by history
and ignited with a phrase;
what have you
and I become.

It was only written yesterday and has had minimal editing. So please, all criticism welcome.

A single malt,
aged about 27 years;
You should be ripe,
but instead you’re bitter.

The cork cracked
and crumbled away;
The label faded
and you forgot who you were.

Reputation and friends
eroded away.
Your flavour to strong,
for them to bare.

This has had barely been edited. Let me know what you think. I realise neither are in my normal style of writing, but I praise my sudden poetry revival. I won’t lie, I can hardly remember the last time I wrote. So, watch this space… I suppose.

It’s been a bit of a crazy start to the new year for me, but I’m confident as ever that this is my YEAR!!

It started with the usual drunken New Years celebrations and a job application to be a Funeral Director. That’s right, A Funeral Director. Unfortunately I wasn’t selected for an interview (Not sure if that is a good or bad outcome), but I did get a job interview for a hospital that is 2 hours journey from me. I’m really hoping to get this job, so please wish me luck.

I’m still writing away. This includes the story I started for NaNoWriMo. I’ve also started work on a little side project. It’s mainly an animation series about a group of British superheroes mixed with comical elements. We’ll see how it pans out.

I also hope to writing more poetry this year. I had a major lull in my poetry due to my confinement of one area. I normally write best when on long journeys or on long walks. Getting this job will help that.

Anyway, I hope you all have a good year and we’ll see how it goes!

I know I did my all to infamous disappearing act again and I’m afraid it was because too much stuff happened all at once.

I never finished NaNoWriMo I’m afraid to say. I did what I always do. I got bogged down in all my research. However, I’m still plowing through the insane research I have declared that needs to be done and I am beginning to see the light at the end of the tunnel. 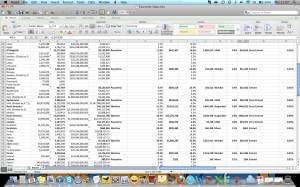 Those pictures are just some of the research I’ve been doing. There is more, but I can’t be bothered to take more pictures or give anything else away.

Then in the midst of all this, it was my birthday on the 9th December. I celebrated two weekends in a row. The second weekend was mainly because the my local pub had just reopened under new management. It’s all done up and looks brilliant. I’m not too embarrassed to bring people down anymore. My parents were meant to come down for a drink, but both were a bit ill and didn’t quite make it. No drunk, embarrassing parents for me.

After the parties, I focused all my efforts on preparing for Christmas. Decorating, sending Christmas cards and buying presents. I only wrapped half of the presents… the other half I gave to my partner to wrap. He enjoys doing it and I was incredibly frustrated at the time. I’m almost ready for Christmas. Just have to buy one more present for my brother and then I am all set.

I would like to have said that I have been preparing for the end of the world, but I haven’t. I have plans meeting some friends on Saturday and then a Christmas dinner Saturday night. Sunday I have a friend coming over to see me and Monday is my last chance to wrap any presents before heading out for my Christmas Eve drinks with friends at my local. It’s tradition I’ve kept going for 4 years now. It’s also a last chance to swap presents.

I can’t lie, I’m excited about Christmas. I love giving out presents and getting all my friends together. It’s an awesome time of year. Christmas Day I spend with my parents and in the evening I head to my partners and his family. Boxing Day, my partner and I are at one of my cousins with all my family. It makes me glad I have so many people in the world to spend time with…

Yes, I abandoned that stupid 30 Day Blog Challenge. It was mainly due to the fact that I left my laptop at home when I stayed at my boyfriends for the week. Then I got tied up into planning NaNoWriMo and now… It’s begun!

This is Day 4 and I’m doing terribly. This is my progress so far:

Day 4 – The day is still young. Currently 0 though!

I’m back at mine now and motivation should be easy. Less distractions and a nice desk to work at. I’m now off to make tea, maybe a bite to eat and to sit down and type till my hands become bloody stumps.

Anyone else doing NaNoWriMo? If so how y’all doing? 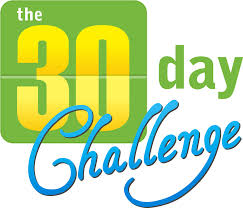 A Problem That You Had

A problem that I’ve had… I’ll be honest, I kinda wished I hadn’t taken up this challenge. Some of the questions are about things I don’t normally find myself concerned with. I find this is also hampering my research/planning of NaNoWriMo which starts on 1st November. For those of you that don’t know, it’s short for National Novel Writing Month where you try to write a 50,000 word novel in the month of November. If you are participating and would like to be my buddy click here. If you just want to know more about it, click here.

A lot of my friends can draw. They are generally good at art. They can draw, paint and can also write too. I’m incredibly jealous. I would love to be more creative. Unfortunately I am not blessed in any of those ways.

I’ve wrote a poem on the subject too.

I Wish I Could Draw

I wish I could draw
or at least write better.
Instead I’m of no use at all.

If I were creative at least,
I could then make my peace
with the world around me.

But I’m not fit for purpose,
parts missing,
return to sender.

Don’t be too harsh to these poems until they’re typed. I always think typescript lends some sort of certainty: at least, if the things are bad then, they appear to be bad with conviction.
– Dylan Thomas

What do y’all think?

This is the last installment of:

Clearly the most usual of all the doctors, Dr. Zoidberg is the ninth doctor.  He started out, coincidentally, as the doctor at the company Planet Express. However, after his regeneration he had many adventures, mainly travelling back in time. He helped save London from an invasion by the Autons and in Utah 2012 found that a single Dalek was being kept in a secret museum filled with alien artefacts. There, the first details of the Time War fought by the Time Lords and Daleks were revealed, and how it concluded with the mutual annihilation of both races, leaving the Doctor the last of the Time Lords. We also learn his knowledge of human anatomy and physiology is atrocious. For example, he cannot tell the difference between robots and humans (or human males and females), believes food is digested in the heart, and that humans have multiple mouths and a dorsal fin. When frightened or fleeing from danger, Zoidberg makes a high-pitched whooping sound or squirts ink at his attacker. It is soon learned that The Dalek Emperor had survived the Time War, and had rebuilt the Dalek race. To save his companion the Doctor kisses her, absorbing fatal energy that was trying to consume her. However, the damage to his cells caused him to begin the regeneration process. Finally at peace with himself, his last words are, “Rose, before I go I just wanna tell you – you were fantastic…absolutely fantastic…and d’you know what? So was I!” Immediately thereafter he regenerates into the Tenth Doctor.

The Tenth Doctor, Dr. Edward George Armstrong, was a world famous Harley Street surgeon until his alcoholism made him kill a lady in surgery. To be able to be the Tenth Doctor without arousing suspicion he fakes his own death with the help of Justice Lawrence John Wargrave on an island. After regenerating he defeats the alien Sycorax and saves Earth; in the process, he loses a hand, which regrows owing to his recent regeneration. Thought-deceased archenemy and fellow Time Lord the Master (John Simm) becomes Prime Minister of the United Kingdom and enslaves the Doctor for one year. This doctor appears to not have a regular companion. However, He meets archaeologist and future companion River Song for the first time and she dies, but he stores her consciousness to a hard drive to live on forever, after accepting that one day she will come to mean a lot to him. The Doctor sacrifices his life to save Wilfred Mott, exposing himself to 500,000 rads of deadly radiation and triggering his regeneration. He holds it back and is shown visiting several companions.[a] He gives Donna a winning lottery ticket on her wedding day, saves Martha and Mickey from a Sontaran sniper, saves Sarah Jane’s son Luke (Tommy Knight) from a car, introduces Jack to a romantic interest, Alonso Frame (Russell Tovey), and before regenerating into the Eleventh Doctor (Matt Smith), informs Rose circa 2005 that she is about to have a “great year.” As he begins regenerating, his last words are “I don’t want to go”.

The last and most famous of all the Doctors is Dr. Frank N Furter. Known as the ‘Sweet Transvestite from Transsexual, Transylvania.’ Oringinally a crazed scientist, he embarks on the adventures as the eleventh doctor. He is tricked into spawning a new generation of Daleks and encounters an unknown force that makes the TARDIS explode, causing the universe to collapse in on itself. Though he closes the cracks—reversing their effects and preventing the explosion—the Doctor himself is erased from history. However, he remembered back into exsist with the help of his companions, Riff-Raff and Magenta. In his last appearance, Dr. Frank N Furter fully embraces his mad scientist side by moving into an old castle with a fully functioning laboratory. Becoming more insanely wild, he creates a perfect specimen of man and then murders his former love. It is at this point he meets his final enemy, Dr. Everett Scott. Paranoid, he accuses the guests he hosting of spying for Dr. Scott. Later losing control, he captures them with the Medusa Transducer, transforming them into statues. They are then forced to perform a live cabaret floor show and have an orgy in the pool, with Frank as the leader. The performance is interrupted by his companions, Riff Raff and Magenta, who stage a coup and announce their plan to return to the planet of Transsexual in the galaxy of Transylvania. In the process, they kill Dr. Frank N Furter and his creation.

The Musings Of Mike
Blog at WordPress.com.